In my backyard – Lake Rotoma

We live a 15 minute drive from Lake Rotoma, the easternmost of the 11 lakes in the Rotorua Lakes District. The village of Rotoma is half way between Rotorua and Whakatane, a distance of 85 km. It takes an hour and a quarter to drive that road today but in 1912 it was a 9 hour journey by horse drawn coach. Changing stations for the horses had been set up every 14 miles from Rotorua. The changing station at the west end of Rotoma became a popular rest stop.

The lake has a surface area of 11.2 kilometers and a maximum depth of 83 meters. It’s popular with trout fishers and water skiers and the beaches are crowded with swimmers every summer. 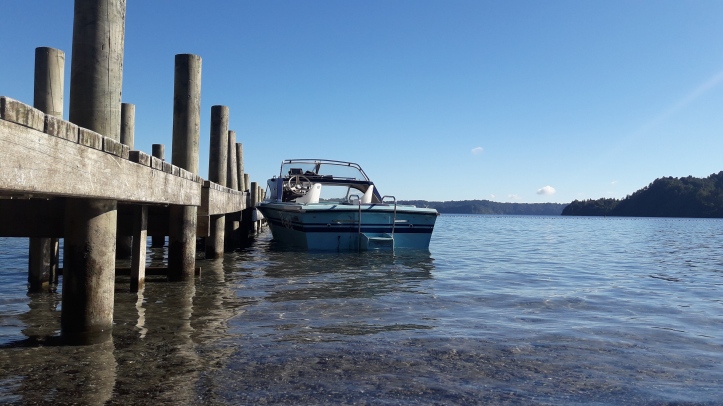 Four buoys in the southern portion of Lake Rotoma mark the location of Motutara, the sunken island, which sits just under the lake’s surface. Occasionally the lake level drops low enough to expose the top of the island. 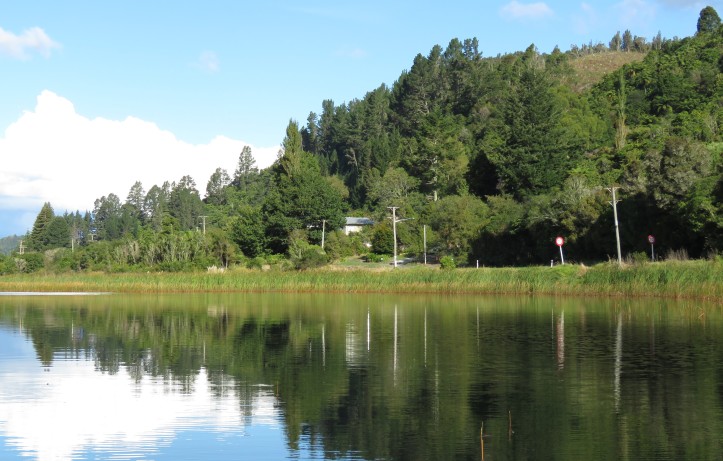 The bay at the foot of the Rotoma hill once had the nickname “Suicide Beach” due to the murder-suicide there in May 1925 involving a 38-year-old man and a 14-year-old girl; understood to have been romantically attached. Read about the tragedy at Papers Past. paperspast.natlib.govt.nz/…/NZTR19250516.2.20 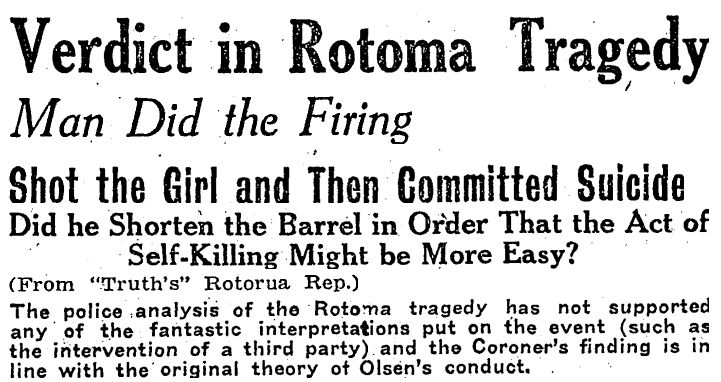