‘Speak the names of those who were lost rather than the name of the one who took them.’ Jacinda Ardern, New Zealand Prime Minister.

As New Zealanders, we are all wrestling with the horror of last Friday’s terrorist attack but if anything can give us hope for the future, it is the way our Prime Minister, Jacinda Ardern has led the country’s response, with compassion and firmness. I have never been more proud of this fine young woman than when she stated, ‘I will never utter his name.’ 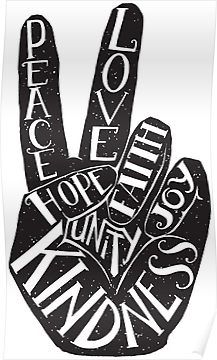 I wrote this poem this morning after an unsettled night haunted by the knowledge that a line has been crossed in our country and there is no going back.

I don’t understand
how a man can look at another
and see a lesser man
when he breathes the same air
loves, laughs and weeps
bleeds red.

I don’t understand
how a man can look at another
and see a life of no value
that is his for the taking,
that no loss would be felt.

I don’t understand
how a man can look at himself
and not see those who’s blood runs in his veins
the English, Maori or Chinese
the Christian, Sikh or Muslim.