The Man of the House interrupted me in the bathroom last night to show me a treasure he found in the shed. Cave weta are common here but we seldom see them this big. This one is a girl, she has a long ovipositor for laying eggs. 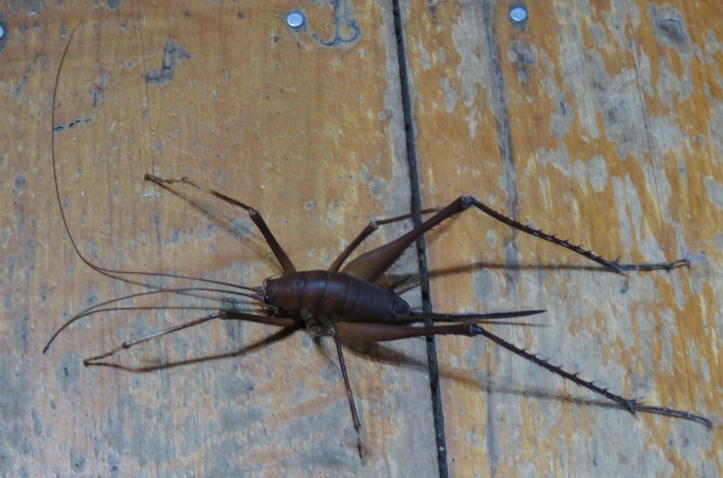 On his way out to let her go again, he dropped her and she jumped in behind a cupboard where she spent the night. I had visions of her leaping out at me in the morning when I went down for breakfast.

The Man of the House is an early starter and he found the weta sitting in the middle of the kitchen so he scooped her up, took a few pictures and put the poor traumatised thing outside. 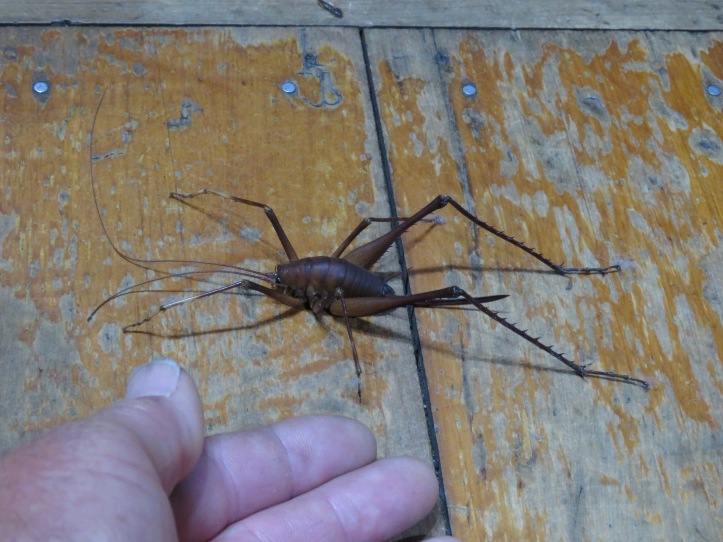 There are over 50 species of native cave weta in New Zealand.
Tokoriro – have no wings but do jump, a lot and  far, up to 2 to 3 meters
– antennae can be 4 times as long as their body
– have a small mouth & eat mostly plants but also insects
– can’t hear, have no ears or make any sound but use their long, fine antennae                       to find their way around
– are not aggressive like other weta and will escape danger with giant leaps
– are active at night
– are found from the tops of mountains to the sea shore
– live in caves, under stones, in hollow tree trunks & water tanks, under houses
– are harmless to humans (depends on the state of your heart I think)
– are predated by cats, rats & birds.